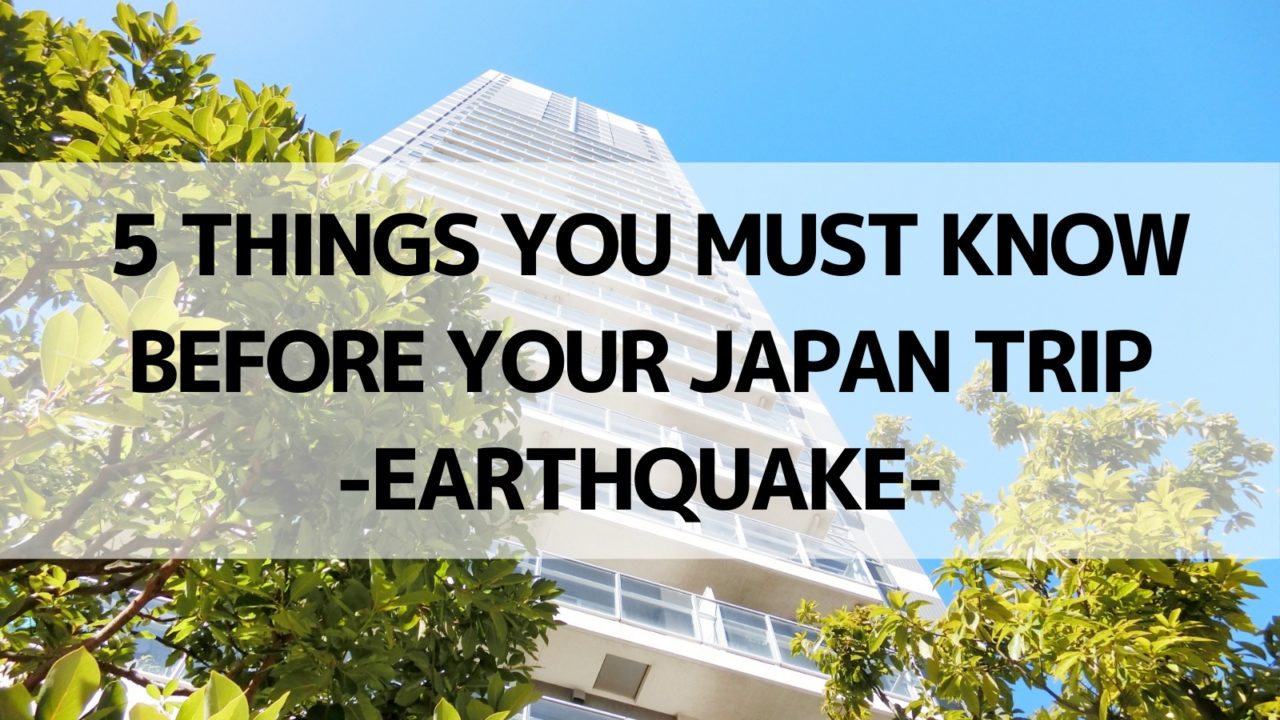 Mari
Hello, This is Mari, Japanese girl. I’ve lived in 3 countries and been to more than 20 countries. This website is for tips and information about Japan for those who are interested in Japan.

Japan is famous for its high incidence of natural disasters such as earthquakes, volcanic eruptions, and typhoons. Although this might put tourists off visiting Japan, there is no need to be overly concerned as the likelihood of being impacted is very low. Japan has a long history of dealing with disasters and is well prepared, both in terms of disaster prevention technology and the behavior of citizens when a disaster occurs.

Here is a summary of the information you should know in case of an earthquake in Japan.

Are you at risk of experiencing an earthquake while you are in Japan? What would happen in the event of an earthquake? In order to answer those questions, let’s take an objective, data-driven look at the danger.

*The number of earthquakes in Japan that could be felt by people including the one which is very light.

**The number of earthquakes in Japan that caused some kind of damage , such as collapsed buildings.

***The number of people who dead due to the earthquake.

From this data we can say the following:

The possibility of you experiencing an earthquake in Japan is high.
→However, most of the time there will be no damage.

If a major earthquake occurs, there is a risk of damage.
→We just need to act calmly and without excessive fear.

When A Major Earthquake Occurred

Although news reports of major earthquakes often show dramatic scenes of buildings collapsing, Japanese buildings are required to meet strict earthquake resistance standards set by the Building Standards Law. As the data shows, it is extremely rare for building to collapse. Most injuries caused by earthquakes are caused by furniture falling over, overhead objects such as lights falling down, or people being startled and falling over.

When an big earthquake happens, you should take the following actions to protect yourself:

Although some people rush out of buildings or underground malls, it is often more dangerous to be outdoors as broken glass from a building might fall on you.

Many Japanese phones can receive an “emergency earthquake alert” and will sound a siren just before an earthquake hits. Similar warnings are issued on TV broadcasts and other media. This system is based on seismometers installed throughout Japan which detect the initial vibrations of an earthquake and warn the public of its arrival. However, the technology is still in its infancy and often leads to false alarms. Some Japanese have become so accustomed to the technology that they ignore the warnings, but it is still wise to protect yourself when you hear them.

What To Do After An Earthquake

Once the shaking stops, in most cases you can resume your activities as if nothing had happened. However, in rare cases the earth quake may cause fires and tsunamis which require rapid evacuation. In less severe cases, there may be public transportation outages, and other effects. In particular, if you are staying near the sea, you should check for tsunami hazards once the tremors stop. If there is any danger, you should immediately evacuate to higher ground or the top of a building. The JMA has a website that provides real-time tsunami information in English (*3), and you can also ask people around you for help. You shouldn’t make an arbitrary judgment that it’s just a small earthquake.

When a disaster strikes that causes damage to social infrastructure, check the status of public transportation services and the opening of evacuation centers. The following is a list of sites that provide information in foreign languages during a disaster. Bookmark these sites before you travel, just in case!

If you travel in Japan, it is highly likely an earthquake will occur while you are there. However, as long as you stay calm and take appropriate action, it is far more likely that you will not suffer any damage. Also, if it’s a small earthquake, it will be a memorable part of your trip. So, please remember what we have written here, and enjoy your trip in Japan without excessive fear.