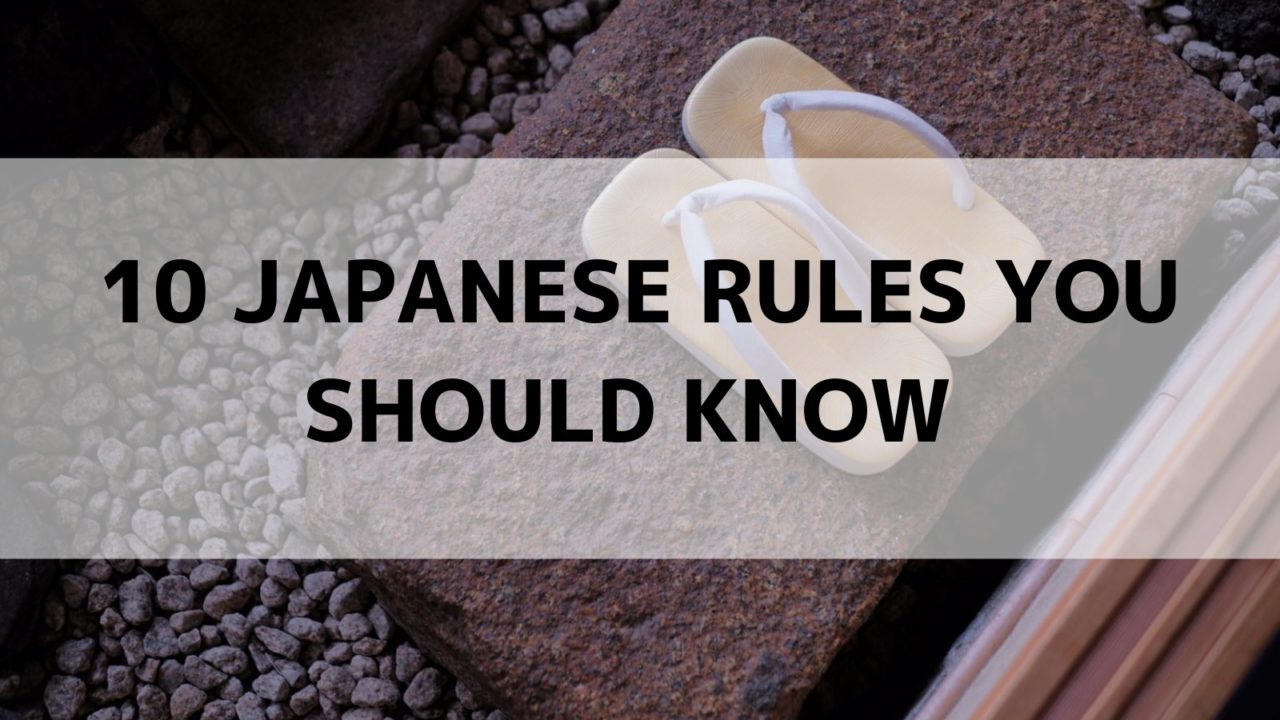 I’m going to Japan, but I don’t know the rules and manners in Japan. What are the Japanese rules that I should know?

Mari
I’m Mari(@sakura_tips_m),Japanese, and I’ll tell you the rules and manners you need to know when in Japan.

This is a normal rule in Japan. Trains depart on time, and bus tours are on time. Long-distance buses may stop at some facilities on the way in the bus tour, but if you are told to leave in 10 minutes, you must return to your seat in 10 minutes. Remember that you have to always be punctual in Japan.

Take Off Your Shoes

Japanese people are accustomed to take off their shoes indoors. All the houses have a strict no-shoes policy and people take off their shoes at the entrance of the house. Some hotels allow visitors to enter with shoes on their feet, but most of ryokan (Japanese style inns) require visitors to take their shoes off at the entrance.
Onsen (hot springs) also do not allow shoes inside, and there are some restaurants that ask you to take your shoes off.

How do I know which places I should take my shoes off?

Be Quiet on Public Transport

It is an unspoken rule for Japanese people to be quiet on public transportation. It is not uncommon to see mothers on trains scolding their children to be quiet.
On the other hand, there are many foreign tourists who don’t know this rule and talk loudly in the train. I once came across a foreign family of 6 on the train and they were very noisy. Their voices were the only sound in the quiet car.
There is no problem to have a conversation with them, but you should be careful about the volume of your voices.

This is also something that some non-Japanese people may not know about. There is no problem to eat and drink on Shinkasen (the bullet train) or long-distance bus, but it is an unspoken rule not to eat food on the train or route bus. If the smell of food is lingering in the air, it will bother people around you.
When I was on the train before, I smelled food. I looked around and saw a non-Japanese family eating McDonald’s on the train.
The Japanese people around the family did not say anything to them, but it was obvious that they were attracting unwanted attention.
Refrain from eating in the car.

Try Not to Make Noise While Eating(Ramen is an Exception)

Some countries seem to have a culture that it’s okay to make noise while eating, but in Japan, you are not allowed to make noise (especially chewing noise). It is considered to be very bad manners and is frowned upon. However, the exception is when eating noodles such as ramen, soba and udon. This is because it is believed that it is best to slurp down the noodles in order to dip them in the soup.
In ramen restaurants it is very common to hear slurping noises from the people eating there. I have heard that some non-Japanese people thought it was bad manners. But try to understand this as a part of Japanese culture.

In Japan, garbage is recycled. You can often see a groups of several trash cans on Japanese street. There are generally three types of garbage cans on the street: general rubbish, cans, and plastic bottles.
However, when you stay in Japan for a long period of time it’s more complicated to throw away household garbage. It depends on the area where you are staying, but the most common types are: general garbage, cans, PET bottles, paper, plastic, non-burnable garbage, and bulky garbage. The collection day differs from day to day, and every day except Sunday is a collection day of some kind, so we take out the garbage every day.
Even plastic bottles are divided into three types: PET bottles for the body and plastic for the label, and I take caps to the collection points at supermarkets.
The sorting is strict, and if it is not clearly separated, it is not collected. It’s not enough to say that you didn’t know about it, so make sure you check it carefully.

Gum is Wrapped in Paper and Thrown Away 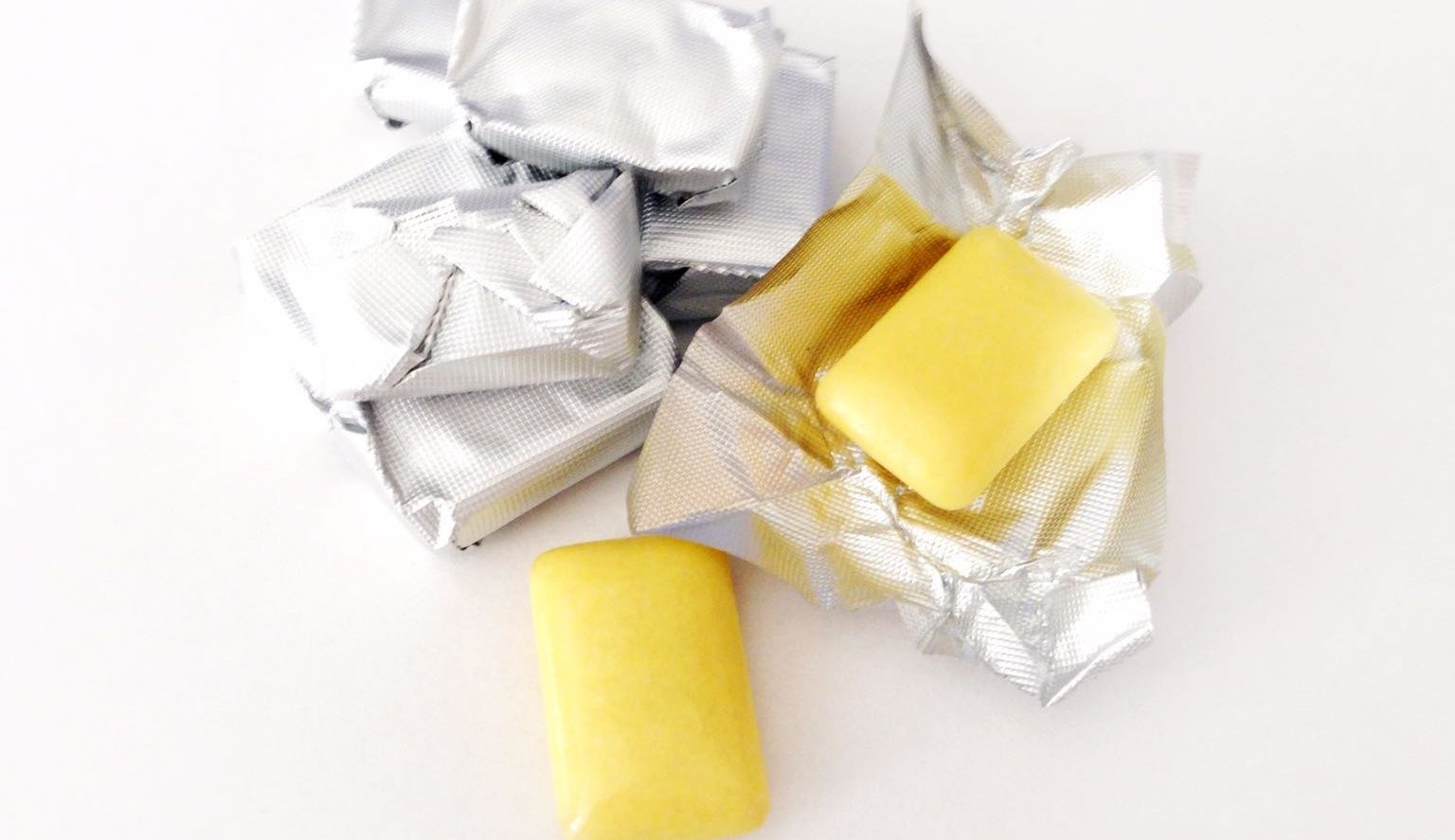 In Japan, there is hard to find litter on the streets. It is the same with chewing gum.
After chewing gum, you should wrap it in paper and throw it away. The reason why the gum is wrapped individually is because it is for wrap in the paper to throw away after chewing. Because if it was wrapped in paper, it does not stick to anything like trash can and easy to collect for cleaner.
So, when you put the gum in your mouth, keep the wrapping paper until you finish chewing it. Even if the gum is not individually wrapped, there are some kind of post-its inside, so you should always wrap the gum in paper and throw it away.
When I went abroad, I was surprised at the amount of littered gum. The streets were full of black dots, I thought they were designed like that when I saw them for the first time.
When you are in Japan, you should respect the rules of Japan.

Take Your Garbage Back to Your Place

Many foreign tourists say they were inconvenienced by the lack of trash cans on the streets during their stay in Japan. However, in Japan, trash is not dropped on the streets. Japanese people take the trash back home and throw it away by themselves. This is one of the reasons why Japan is able to keep its streets clean. When you come to Japan, you must not litter on the street.

When using escalators, stand to the left in Tokyo and to the right in Osaka.
In an urban escalator, there is a line of people on one side of the escalator and one side is empty. This is to allow people who are in a hurry to walk down and up the escalator. This is unique, but somehow the rule is different depending on the area. In other area, there is no particular rules. When you move between Tokyo and Osaka, it is a little confusing, but you should look around and check.

Wash Yourself First in Onsen

Many tourists go to spa facilities. However, there are many rules at hot spring facilities. As mentioned earlier, you must take off your shoes before entering the facilities. Then, in the bathroom, you should wash yourself first. Don’t make the mistake of getting into the baths right after you take your clothes off. Hot springs are used by a lot of people, so being clean before entering the bath is necessary. The bath is for relaxation not to clean yourself.
Some people have tattoos, but unfortunately, tattooed people are not allowed to use onsen facilities in Japan.
This is because in the past, tattoos were considered to be a gangster or yakuza in Japan. This image has not disappeared even today. Nowadays, more and more people are getting to enjoy their tattoos, but almost all onsen facilities still prohibit people with tattoos from using them at all. (They say it is to make their customers feel safe and to protect the image of the facilities.) Some Onsen facilities allow the people who have tattoo as long as they hide it with sticker or the size of tattoo is small.

These are the 10 rules you should know if you are thinking to come to Japan.
Every country in the world has its own rules, some of which may seem strange to people from other countries. However, it is important to respect their cultures and rules, and not to forget the feeling that you are representing your country.
Your actions can make or break the impression of your country to the Japanese people.
All of above are very important, so you should keep them in mind when you come to Japan.