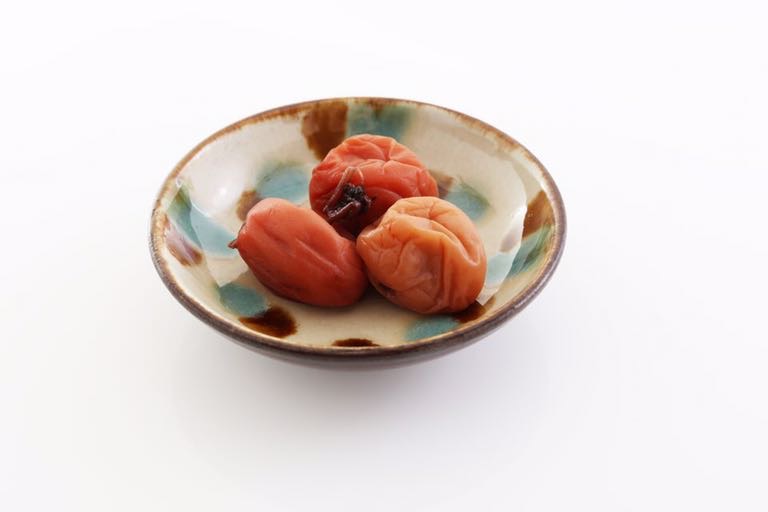 I’m going to Japan, but I want to try some unique Japanese food, not just sushi or tempura.

Mari
I am Mari, Japanese(@sakura_tips_m). I’d like to introduce some foods that are common to Japanese people, but strange to for non-Japanese people.

There are some foods in each country that seem strange to foreigners.
In Australia, that would be the case with vegemite.
(I tried vegemite once when I lived in Australia, but I never ate it again…)
Japanese food has been registered as an intangible cultural heritage by UNESCO and is attracting people from the world. However, some Japanese foods are not well received in other countries.
In this article, we’ll introduce some Japanese foods that Japanese people love, but that seem strange to foreigners.

Umeboshi is Salted dried plum and it has been made since ancient times. In Japan, it is a common ingredient in onigiri (rice balls) and bento boxes, and many people like to eat it as a health food. It is very sou. It is also known as a preserved food and can be eaten even if it was made 100 years ago if it is preserved properly. The oldest surviving Umeboshi was made in Nara prefecture in 1576. 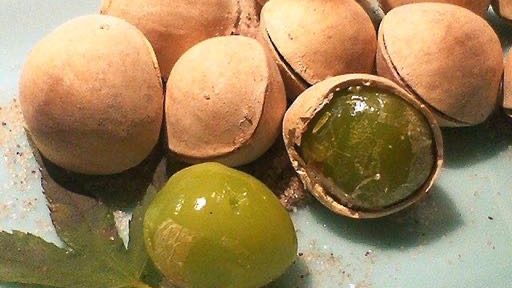 In autumn, the ginkgo trees turn yellow and are extremely beautiful. However, the fallen ginkgo nuts give off a foul odor around them.
Japanese eat ginkgo nuts. It is the best snack to eat with sake.
It is easy to eat them. Put them in a paper bag and microwave them, then peel and eat them with salt.
Be careful not to eat too much, because it may cause you to get sick.

Natto is one of the most famous as strange Japanese foods.
It is made by fermenting boiled soybeans together with the fermentation bacterium Natto, and is characterized by its stickiness and unique odor.
There are some people who do not like the smell, but natto is considered to be good for your health. Many Japanese people eat it for breakfast.
Natto is very cheap and good for health, so you should try it. Natto sushi rolls “Natto-maki” are available at convenience stores, and it is very familiar food in Japan. 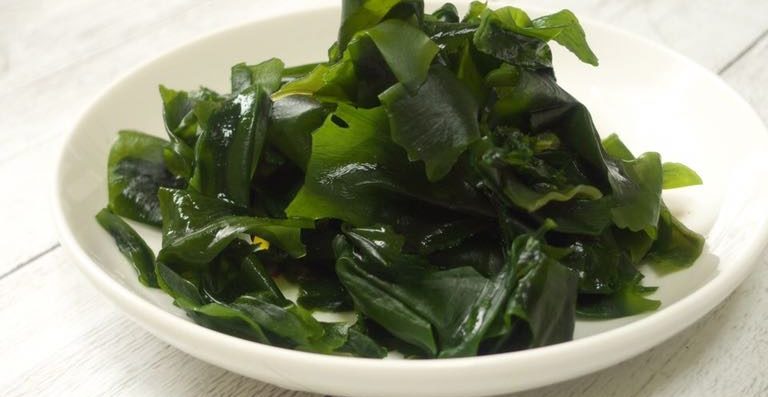 As an island nation, Japan is blessed with an abundance of seafood。We have been eating not only fish, but also shellfish and seaweed since ancient times. Seaweed is an essential ingredient in Japanese cuisine, as it is used to make “dashi” (Japanese soup stock), a key ingredient in Japanese dishes.
In recent years, nori (seaweed) has gained recognition due to the sushi boom, but other seaweeds are still not as well known as they should be.
Seaweed is rich in nutrients, and Japanese people have been eating seaweed since they were kids.
There are many types of seaweed, but Hijiki, Kombu (kelp), Aosa, and Akamoku are probably the most popular ones.
Akamoku is sometimes served on sushi.

Milt is a winter food and is also known as a luxury food. It looks strange, but it is actually the testes of a fish. It can be eaten in a variety of ways, such as with vinegar, in soup, in a pot, or grilled.
You can eat it at sushi restaurants and Washoku(Japanese food) restaurants. It has a creamy taste and goes well with Japanese sake. So give it a try. 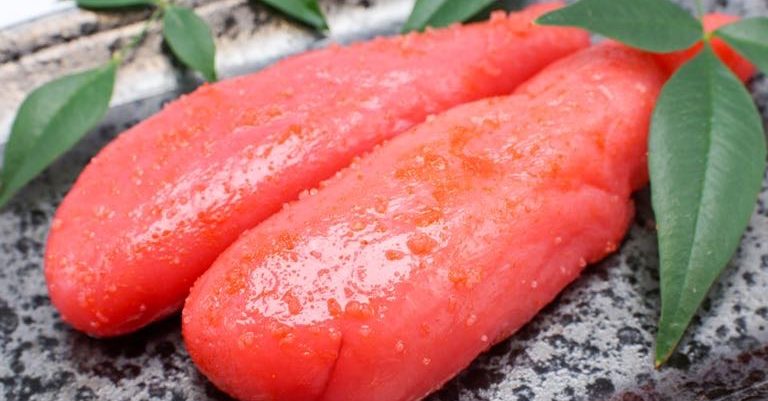 Tarako (cod roe) is made from salted cod roe.
Japanese people like to eat fish roes such as salmon roes, and cod roes. There are various ways to cook it, such as using it as a side dish for onigiri (rice balls), or eating it with pasta.
Mentaiko (spicy cod roe) has its roots in Korea, and Fukuoka Prefecture, which is close to Korea, is famous for it. 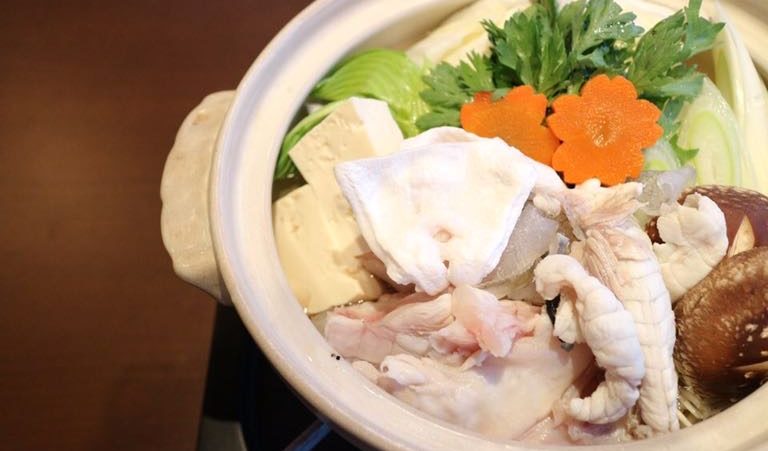 Fugu (blowfish) is a winter food and is considered a luxury food in Japan.
Fugu sashimi, Fugu-Nabe (blowfish hot pot) and Fugu-Karaage (fried balloon fish)are popular and famous. The crystal-clear meat of the sashimi of Fugu is superb.
As you know, blowfish is poisonous. Not everyone can cook it, and in Japan you must be a licensed blowfish chef to cook it.
The most famous place of origin for pufferfish is Yamaguchi Prefecture, but pufferfish is most widely consumed in Osaka Prefecture. 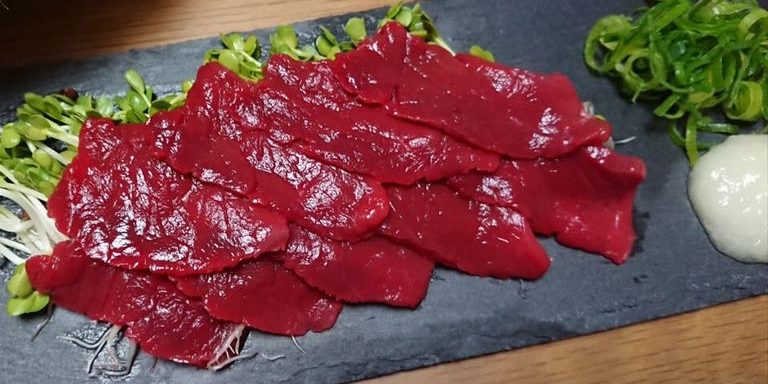 Basashi means Horse meat Sashimi , in which horse meat is cut into thin slices and eaten raw. It is eaten with ginger, garlic, and green onions and dipped in soy sauce.
Basashi is required to meet high hygiene standards and the risk of food poisoning is low. (Pregnant women should not eat it.)
It is said that Japan began eating horse meat in 675, and today Kumamoto Prefecture is famous for its horse sashimi.

Suppon is a turtle.
It is known as a high-class food and is often eaten in a pot. It contains a lot of collagen and is considered to be good for beauty. T beauty supplements made from suppon are available on the market, and the ingredients in suppon are said to be energizing for men. 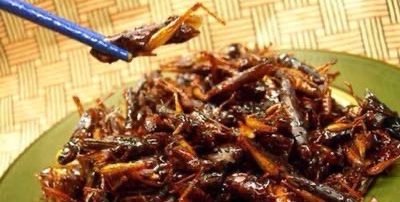 The insect locusts are fried and seasoned in soy sauce, sugar, and water syrup. It is not eaten all over Japan, but in the mountainous areas of Nagano Prefecture and other places as a local dish.
It is said that it was first taken as a valuable source of protein in mountainous areas where fish could not be obtained in the past when logistics were not so good.
It is a nutritional foodstuff rich in protein, calcium and vitamin A.

These 10 unique Japanese foods are introduced above.
Japanese food has a lot of attention for its health benefits, and as proof of this, Japanese people have the longest life expectancy in the world.
There are many foods with high health values among the above ten, and they are all ingredients that have supported the health of the Japanese people. There are many foods that are difficult to find in other countries, but I encourage you to give them a try when you visit Japan.