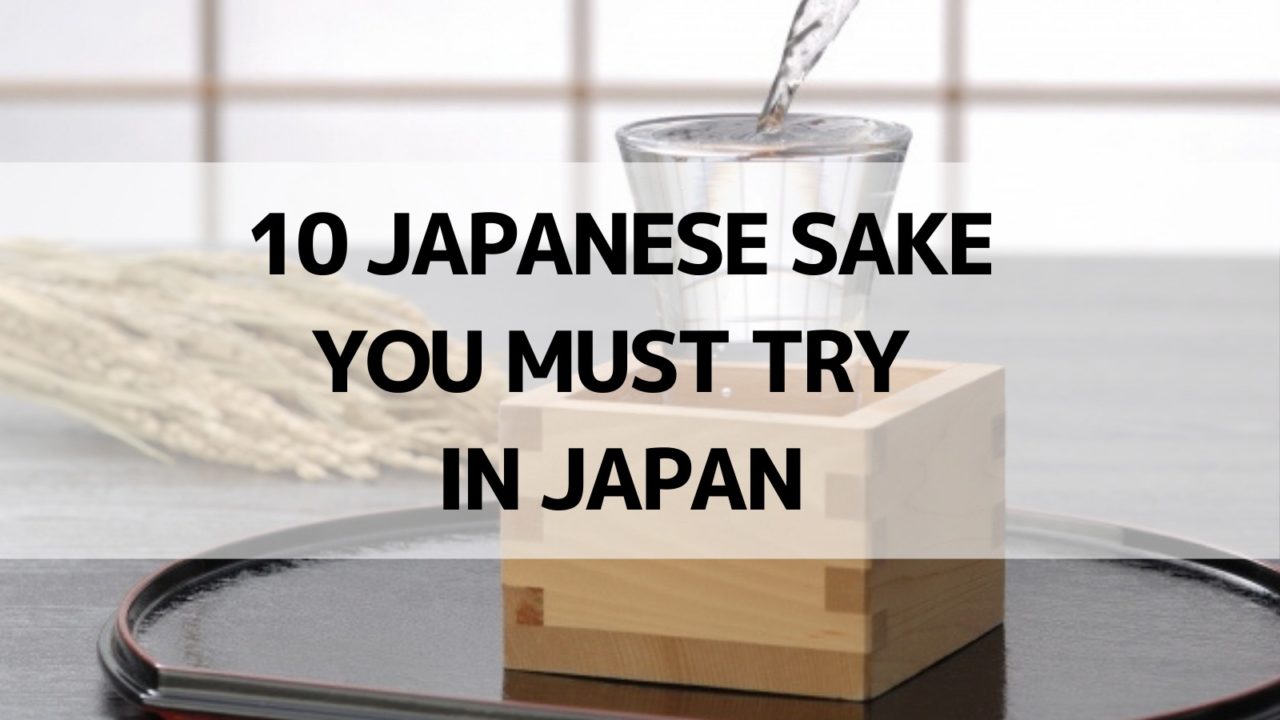 What do you think of “Japanese sake”? When travelling to Japan, you might think of beer like Asahi, Kirin and Sapporo, or whiskey like Hibiki or Taketsuru. But when you visit Japan, you should also taste some of Japan’s indigenous sake. In addition, there are many other drinks to enjoy such as shochu, plum wine, and the Okinawa region’s Awamori.

Here, we will introduce 10 brands that local Japanese people like to drink.

Sake is brewed from rice and has been made ever since rice farming was introduced to Japan over 2,000 years ago. Given that wine is made from grapes, sake can be called “rice wine” and is an essential ingredient in many types of Japanese food such as sushi. There are numerous sake breweries throughout Japan, especially in the Hokuriku and Tohoku regions which are famous for the rice farming.

This is one of Japan’s leading sake brands and is made in Niigata Prefecture which is major rice producing region. There are many different types and ranks of Kubota brands, but they are generally refreshingly dry and popular with Japanese people.

This is a sake from Miyagi Prefecture, which is just as famous for rice production as Niigata Prefecture. There are many different types of Ichinokura brands. This sake is refreshing, dry, and has a fruity smell.

This is a popular brand that caused a big boom among Japanese people. It is a little pricey, so you may not be able to find it at ordinary bars. But if you see it, you should definitely try it. It has well-balanced flavor, spicy, and has a sophisticated taste.

(My father is a big fan of this sake)

Shochu is a distilled liquor, the same as whiskey. It is made from potatoes, rice, and barley, and is widely consumed in the Kyushu region of Japan. It is usually matured in jars and tanks making it clear and colorless. However, some shochu is matured in barrels like whisky and has a golden and smoky taste. Here we will introduce some of the most popular types of shochu made from potato, barley and rice, and one of a slightly different kind, the brown sugar shochu.

This shochu is made from sweet potatoes in Kagoshima prefecture. It is famous all over Japan and is served in many big Izakaya. When you drink it for the first time, you may notice the smell of sweet potatoes. There are many Japanese people who are addicted to it.

This is one of the famous rice shochu liqueurs and has a mild smell unique to rice. If you don’t like the smell of potato shochu, you should try this one. It is produced in the Kuma region of Kumamoto Prefecture. The name “Kuma Shochu” is recognized by the WTO (World Trade Organization) as one of the GI (geographic indication brands), just like Scotch Whisky from Scotland and champagne from Champagne region.

Iki” is a small, isolated island in Nagasaki Prefecture that even some Japanese do not know about. However, it is world-famous as a producer of barley shochu, and “Iki Shochu” is recognized as a GI brand by the WTO. This is an amber barley shochu liqueur that, as the name suggests is matured in barrels.

It is a brown sugar shochu liqueur made in Amami Oshima Island, which is a remote island in the Kagoshima Prefecture and close to Okinawa. It is a distilled liquor, so it does not contain any sugar, but it has a unique smell as if brown sugar is blended in.

For those who like sweet drinks like cocktails, plum wine is a great choice. The Japanese have been using plums in a variety of ways since ancient times including drying them to making sweets and jam, as well as making plum wine. It has a mild and sweet taste just like juice, so be careful not to drink too much of it.  It is recommended to drink Plum wine on the rocks or with water like shochu and other distilled liquors.

You can almost always find this brand of plum wine in supermarkets and convenience stores in Japan. If you have a chance to buy something at the convenience store, it would be a good idea to buy a bottle of Umeshu while you are in Japan.

It is a distilled liquor made from rice in Okinawa. It is similar to rice shochu, but the type of koji (rice malt ) used and the brewing method are different. It gives a unique smell.

It is a traditional Awamori made near Shuri Castle which is a famous tourist attraction and a world heritage site in Okinawa. It is widely popular among tourists and its taste is easy to drink even for first-timers.

This is made on Kume Island, a beautiful coral reef island located 100km west of Okinawa’s main island. It is very popular not only in Okinawa, but also throughout Japan, and is the most famous awamori made by remote islands in Japan.

The drinks mentioned above are the major brands that are distributed throughout Japan. However, almost every region in Japan has its own indigenous sake breweries, and there are countless obscure but high quality sake brands. When you travel through the regions of Japan, ask the owners of the local izakaya for their recommendations for local sake.

“Osusume No Sake Wa Nandesuka?” (which sake do you recommend ?)

In many cases, they will bring you a bottle that he is proud of and tell you “this is the best sake in Japan”. Why don’t you travel around Japan and discover the hidden gems of the region?