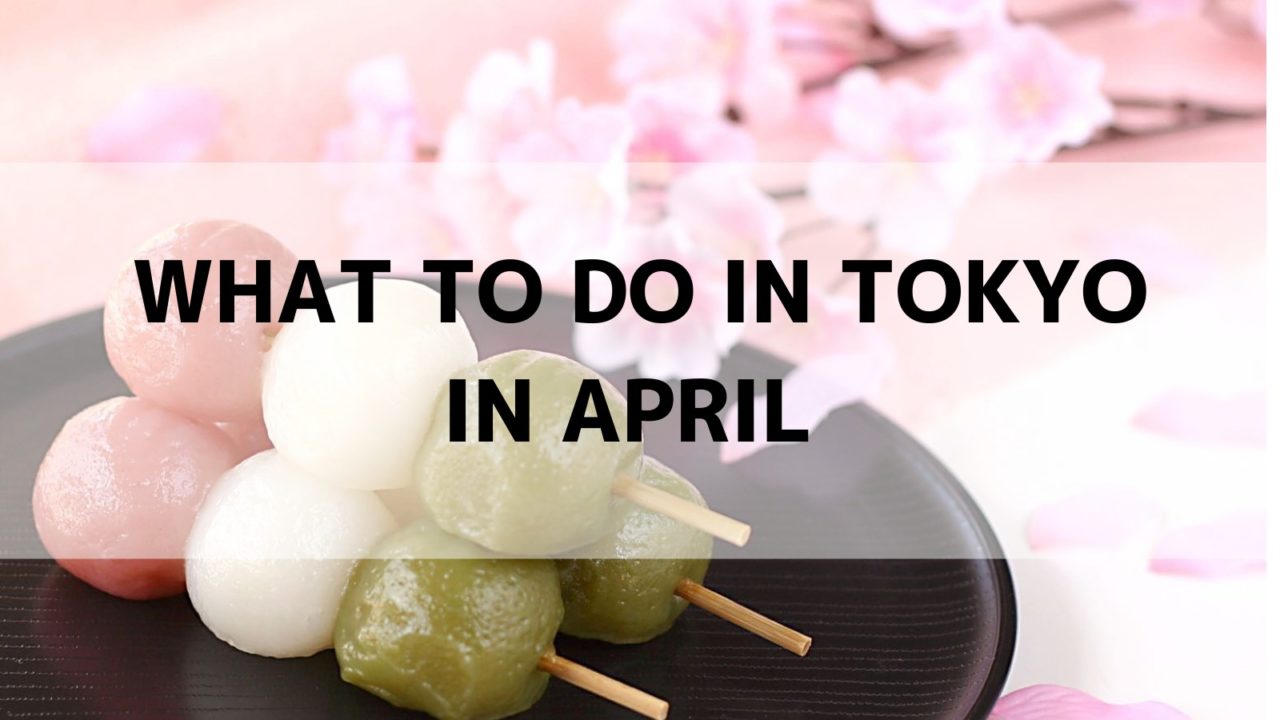 I’m thinking of going to Japan in April, is there any fun events at that time?

Mari
Here are some of the events you can enjoy around Tokyo in April.

The main reason for people to come to Japan in April is seeing the cherry blossoms. There are many cherry blossom-related festivals in April but there are plenty of other events as well.

In this article, we’ll take a look at some of the other April events in Tokyo.

Hanami, which refers to a picnic where people enjoy eating and drinking underneath the cherry trees, is very popular, and people line up from morning onwards to save a nice spot.

There are many cherry blossom viewing spots in Tokyo as well, so why not go to some of them? 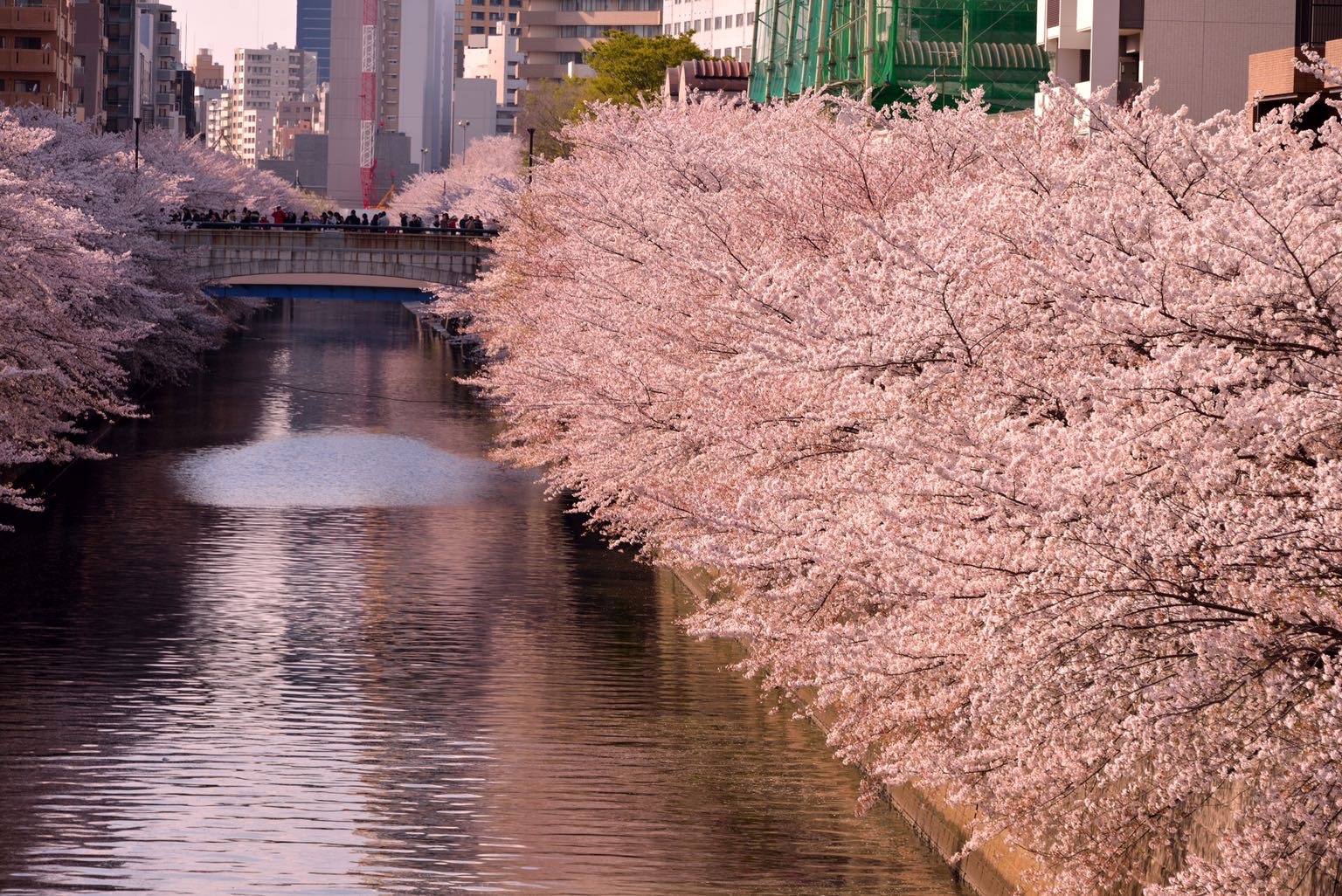 The event is held every year on the last Saturday or Sunday in April or the beginning of May.

Shibuya Koen Dori Flower Festival is a spring event to fill the streets with flowers and enjoy the scenery.

During the Golden Week holidays in early May, there will be an event to make a giant painting using tulips and workshops for children at the Zelkova tree lined streets in Yoyogi Park.

Earth Day is held around the world. It is held in Tokyo on the Saturday and Sunday around April 22 at Yoyogi Park. It attracts 100,000 visitors every year. The event features an exhibition on how to eliminate the use of disposable plastic, sales of eco-friendly items, food and drink booths and so on.

It makes people think about the environment. People who are interested in Japan’s eco-friendly efforts should definitely come to this event. 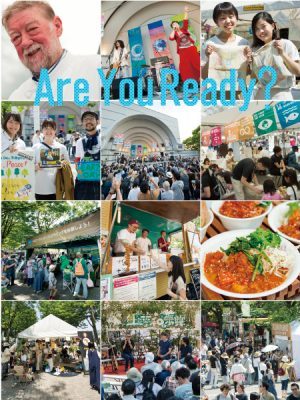 The festival takes place during the Golden Week from the end of April to the beginning of May. Various traditional Japanese performances such as “Bugaku”, “Noh” and “Kyogen” are performed. It is free of charge for anyone to attend.

This festival celebrates the completion of the Nihonbashi Bridge on April 3 in 1911. The Nihombashi Bridge, with its beautiful stone arches, is designated as an important cultural asset. It is the starting point for all of Japan’s roads. The National Route 1, the general road connecting Tokyo and Osaka, starts in the middle of Nihonbashi. It is usually not accessible for pedestrians but during the festival it is closed for traffic and people can walk on it, so you can actually touch it during the festival period.

This festival is held at Nezu Shrine, which has been a famous azalea viewing spot for more than 300 years. It is held for one month from April to May.

About 3,000 azaleas of about 100 species can be enjoyed. You can enjoy the azalea garden, stalls and tea cakes during the festival.

The best time to enjoy azaleas is from the middle to the end of April every year.

This festival is held at Tokyo Sky Tree Town to celebrate Children’s Day (May 5) and hope for children’s growth and to brighten the world. This is the only time when you can enjoy both the Sky Tree and Carp-Shaped-Streamer at the same time.

It will be held for about a month from the middle of April to the end of Golden Week.

There are 1,500 cherry trees there, and many people come to see them. There are rental bicycles and a cycling road in the park, so you can enjoy cycling in the nature.

Hitsujiyama Park in Chichibu. It is not in Tokyo, but you can go there from Tokyo easily. There are 400,000 moss phlox trees planted on Moss phlox Hill, which is very beautiful. The best time to visit is from mid-April to early May. The park is usually open to the public free of charge, but during the moss phlox season only, an admission fee of 300 yen is required.

This is the list of events that are held in April.

Some of them may change their schedule or be cancelled, so check the official website before you go.