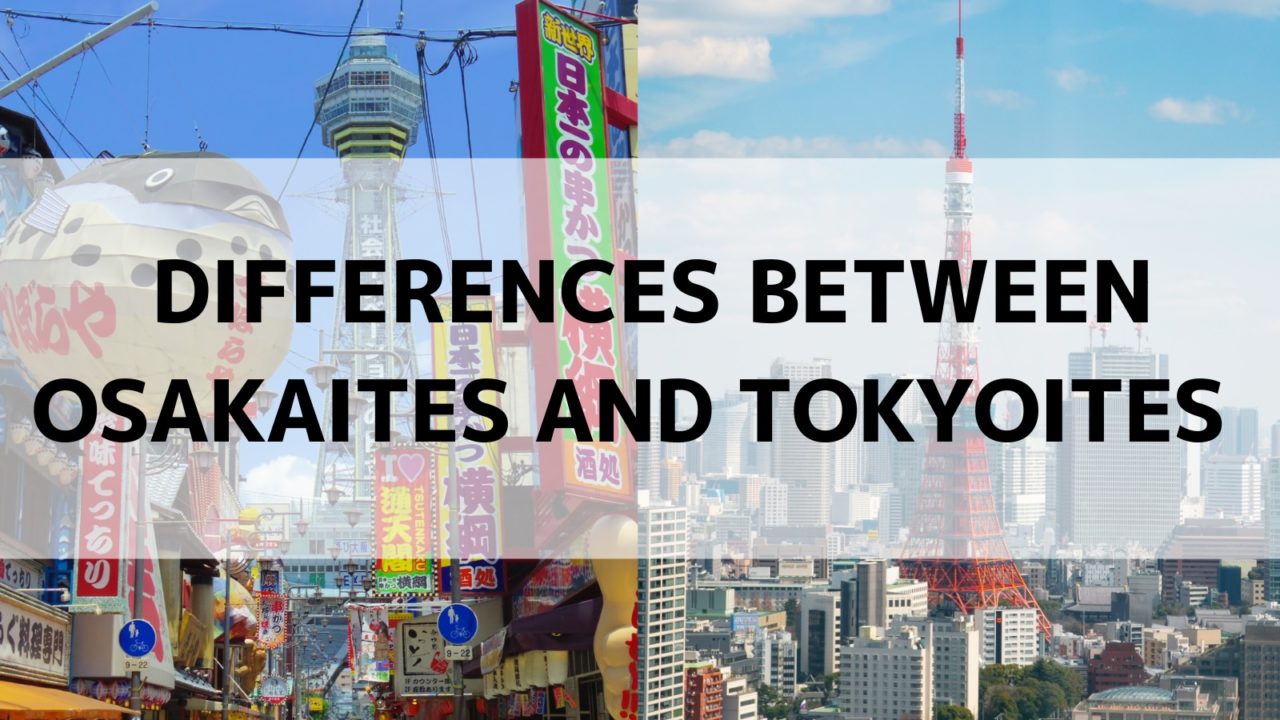 Mari
I will explain the characteristics of the people of Osaka and Tokyo including the historical and cultural background.

Tokyo and Osaka are Japan’s first and second largest cities – they are world-famous and large numbers of tourists visit them each year. Both cities are ranked in the top 10 of various rankings, including the world’s most attractive cities, the world’s most livable cities, and the safest cities in the world.

It is well known that the personalities of the people of Osaka and Tokyo are different, even though they are both Japanese.

In general, some foreigners might have the impression that people from Osaka are more friendly and Tokyo people are more cold.

I’m currently living in Tokyo, but I previously lived in Osaka for a long time and have experienced both cities. In this article, I’ll explain the differences between the people of Osaka and Tokyo.

We’ll start with an explanation of the history and culture of each place.

Osaka is the second largest city in Japan and the major city in western Japan. When you talk about Osaka, comedy, food, and business come to mind.

Osaka is said to be the holy land of Japanese comedy. Rakugo, an ancient form of Japanese entertainment which could be considered a forerunner of modern comedy was developed in Osaka and Kyoto. In 1912, the production company Yoshimoto Kogyo, which has produced many popular comedians in Japan today, was established in Osaka. Osaka is home to the largest number of comedians in Japan. Even if they are not comedians, the people of Osaka have a “culture of laughter” running through their lives, values, and ways of thinking, including in the Osaka dialect.

Osaka is known as a “Kuidaore city”. The term “Kuidaore” roughly translates to ‘ruining oneself through extravagant eating and drinking’.

In the Edo period (1603-1868), the marketplace in Osaka, with its excellent water transportation system, was known as the “kitchen of Japan” as foodstuffs from all over Japan were available there. Since that time, the people of Osaka have been known for their love of food and creative approach to developing new dishes, including those that do not waste food. This knowledge is still alive in modern-day Osaka, and the city offers many local specialties and great value dishes.

Osaka’s location means it has always been a key transportation hub, concentrating on food and other goods. This has led to numerous complimentary industries developing such as merchants, wholesalers, and financial companies. Osaka is now an advanced modern city and one of the major commercial centers of Japan. 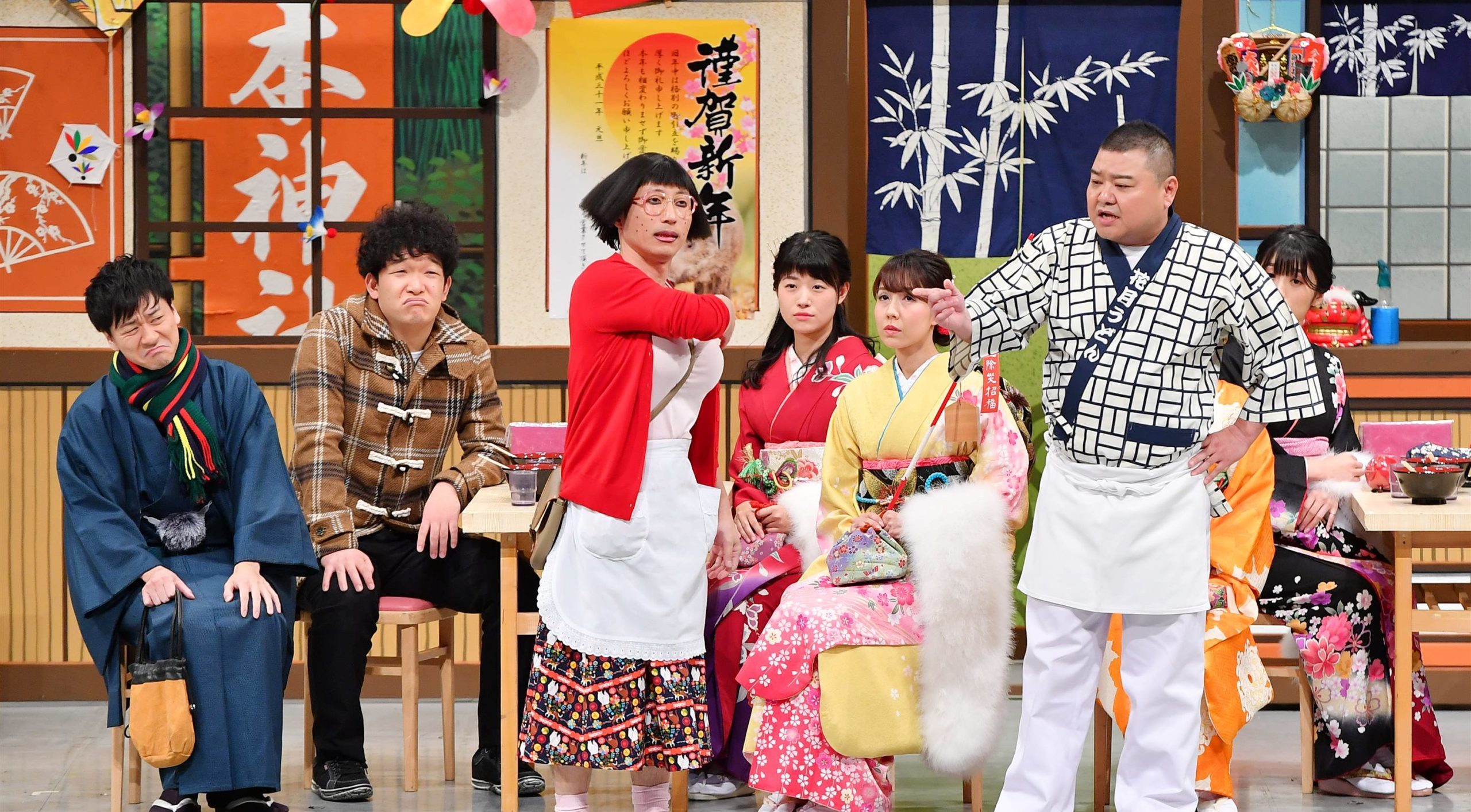 Tokyo was not capital in the past

Tokyo was formally called Edo and was not always to capital of Japan. It started to be called “Tokyo” (meaning the ‘east kyoto’) since 1943. About 400 years ago, Tokyo was just a land of thickets and swamps with few places to live and Kyoto was the capital of Japan.

In 1603, Tokugawa Ieyasu began an urban planning project to make Edo the political, economic, and cultural center of the nation.

Afterwards, the city was hit by a number of fires and earthquakes, but still managed to build into the metropolis we know today as Tokyo.

The commercial center of Japan

Tokyo is a business center. As many as 50% of Japan’s listed companies are headquartered in Tokyo. The Tokyo metropolitan area (the area around Tokyo) accounts for more than 30% of Japan’s GDP. It is no exaggeration to say that the Japanese economy is supported by Tokyo.

The Japanese government has been moving to decentralize key industries to the regions to avoid the concentration of business in Tokyo, but it does not seem to be making much progress.

Tokyo is an extremely overcrowded city.

The population in Tokyo is consistently growing, with about 30 percent of the nation’s population living in Tokyo, which is a small area. Many people move to the city from rural areas, especially young people; in 2018, 120,000 young people moved to Tokyo.

As you can see, Osaka and Tokyo have both developed in their own ways.

Now that we’ve looked at the cultural history of both cities, let’s look at the stereotypical characteristics of their people.

As you can imagine from the birthplace of comedy and the fact that many comedians live there, many Osaka people have a very good sense of humor, even if they are not comedians. When talking about the humor of the Osaka people, there is a word you should know: “OCHI”.

In English, Ochi means the punch line at the end of the story. Osaka people have a punchline for every little thing they talk about, and they want people to do the same.

Listen, I went to a cafe yesterday. I ordered coffee, read the books for an hour and went home.

Osaka people
So what?

In Osaka conversation, what you did is not important. What matters is how it happened.

I have many Osaka friends, and when I asked them how they liked being praised, they said it was “funny”. “Funny” is the biggest compliment for most Osaka people.

When I lived in Osaka, I was often helped by strangers. For example, when I was having trouble getting my bike out in a crowded bicycle parking lot, a woman came over to help me out. This would rarely happen in Tokyo.

In general, Osaka people are curious about others and very compassionate.

Have a keen eye for business

However, being stingy and impatient is another characteristic of the Osaka people. But I’ll talk about their keen eye for business here.

Osaka has prospered as a merchant town so they are cautious with money. I think it’s the only city in Japan where the culture of bargaining still exists. When I rented a house in Osaka, I could negotiate down the initial cost and rent. (I tried to do the same in Tokyo, but they never said yes for even a single yen discount).

Osaka people are serious about money and have a keen eye for business, so the quality of restaurants is high but affordable.

When I came to Tokyo, I was surprised at how expensive but low quality the restaurants in Tokyo were (especially in main tourist hubs like Shibuya and Shinjuku.)

If a restaurant is a rip-off in Osaka, it definitely won’t last long. You can’t fool the eyes of the Osaka people.

Another characteristic of Osaka people is their direct way of communicating. In general, the Japanese are known for being indirect, hiding their true intentions, and their ‘tatemae’ culture. 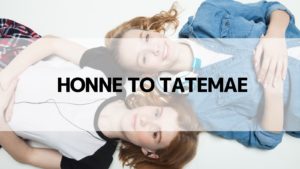 But in Osaka, I don’t think they do the same. Osaka people are very clear about what they want to say. They communicate their thoughts to others clearly. Sometimes they are too direct, but they don’t lie, so I can trust them.

Here is one word that Osaka people often use.

The word “Aho” means idiot, but it’s a compliment. “You are such an idiot” seem to mean funny and clever as well.

Many comedians are very smart. It’s because they are quick-witted that they can instantly grasp the situation and make witty comments. An idiot can make things interesting according to the situation of the place.

What you should not ask to Osaka people

Incidentally, there is a question that Osaka people are often asked but do not like. It’s “Say something funny”.

In Osaka, comedy is often based on the tempo of the conversation, and it is not something that can be performed at will. If you ask a person like that, you will be considered a bother and will be disliked. Osaka people are very serious about comedy.

Tokyo is the birthplace of many Japanese trends, for example, in relation to fashion, business and so on. The speed at which these trends change is very fast. As you can see in Harajuku, the birthplace of Japan’s “KAWAII” culture, much of Japanese youth culture originates in Tokyo. Similarly, Roppongi and Shinjuku are home to a large number of entrepreneurial businesses which are setting the trends for Japanese business.

As can be seen from the above, the people of Tokyo are very trend-conscious.

Tokyo is a huge city that attracts people from all over Japan.

The number of people moving into Tokyo from all over Japan every year is increasing, and Tokyo has an excess of people moving into the city. At first glance you might think that because the population density is quite high and there are so many people here, you can easily get to know a lot of people, but that’s not true.

In a ranking of prefectures with the number of people suffering from loneliness, Tokyo ranked 8th out of 47 prefectures. Living in a city with a large population does not always correlate with having many friends.

Tokyoites are often focused on themselves and do not interfere with others. It’s no wonder they’re known to be indifferent.

For example, I live in an apartment building now, and I don’t even know what kind of people live next to me. Especially with apartments in Tokyo, it seems that there is no social interaction.

Also, many Tokyoites are business-conscious and walk very fast. If you have the opportunity to visit the areas near Tokyo Station, Marunouchi, and Shimbashi, which is the business district, you would see everyone walks at a brisk pace. 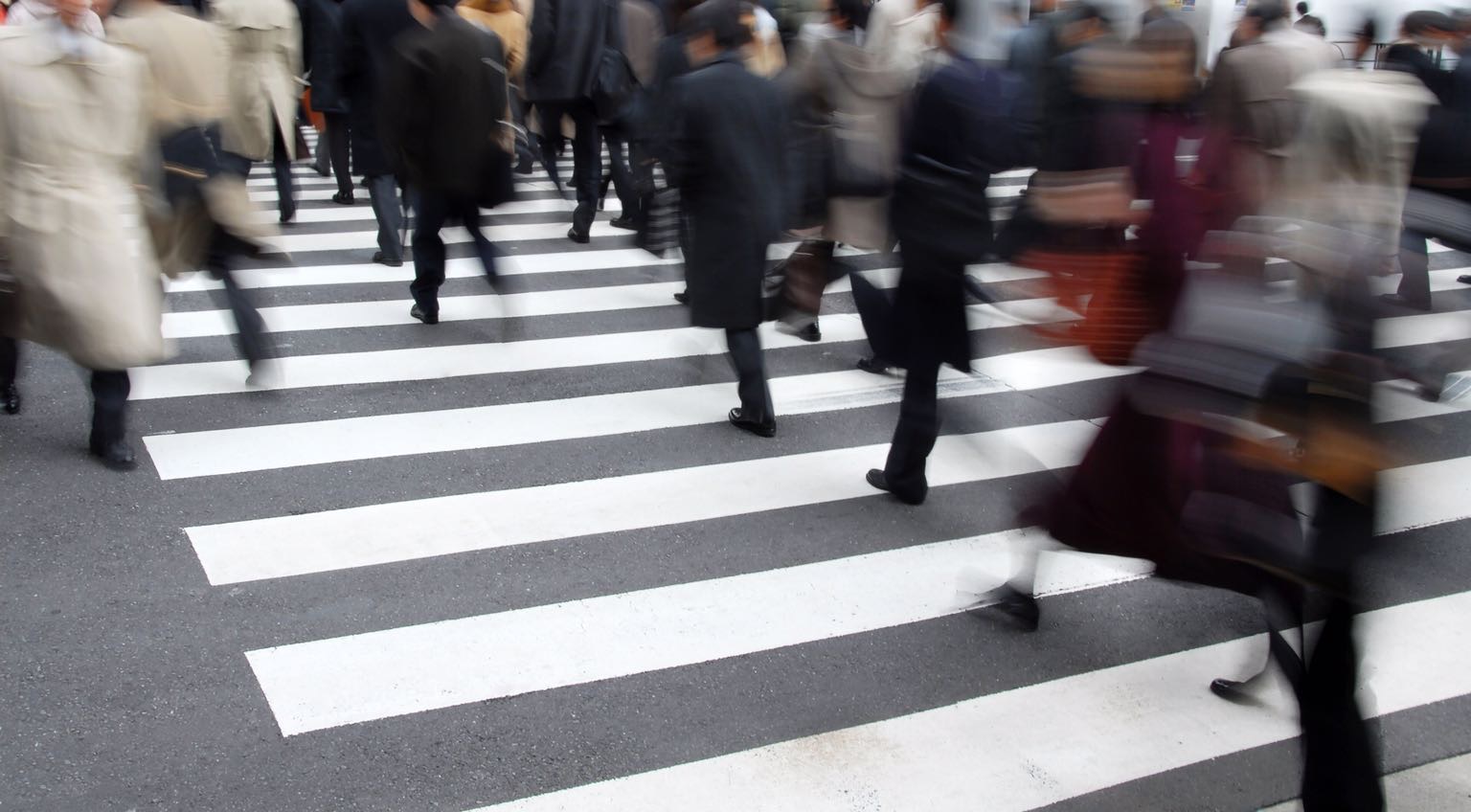 Tokyoites are proud of themselves, and this may vary from person to person, but most Tokyoites have a lot of pride. Maybe it’s because they were born and raised in Tokyo, one of the largest cities in the world, but there are many people who say things that make them sound somewhat snarky. And I have to tell you this. “Never say “Aho” to Tokyo people. They will feel insulted and will be angry.

By the way, the compliments that Tokyo people are happy to hear are “cool” and “smart”.

These are my thoughts from having lived in both Osaka and Tokyo.

Of course there are many different kinds of people so much of the above only explains the stereotypes, and I don’t want you to have a preconceived notion of what the people of Osaka and Tokyo are like

There are people from Osaka who are not good at comedy, and people from Tokyo who are very friendly.

When the corona virus has settled and people are able to travel freely, I hope that you will visit these places and communicate with the local people.