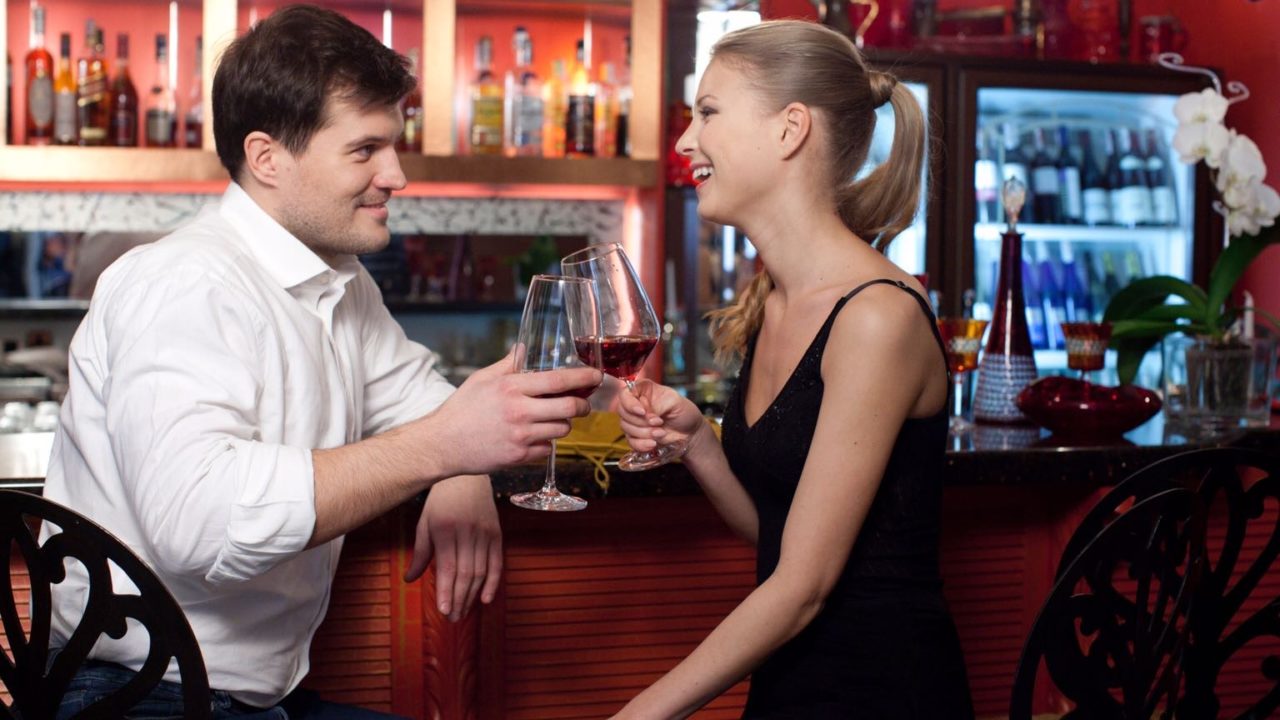 To become a couple in Japan, you have to ask if she wants to be your girlfriend? What is the KOKUHAKU culture?

Mari
I, a Japanese girl, will teach you Japanese romance culture and Kokuhaku. I will also give some examples to be in a relationship with Japanese people.

In many cases, couples in other countries enjoy dating for a few months and then become a couple in a natural way.
However, the situation for relationships in Japan is very different. If you don’t know this, it will be a little harder to find boyfriend/girlfriend in Japan. Let’s get to know the Japanese culture of romance and enjoy a relationship with a Japanese person.

In Japan, there’s a culture of Kokuhaku to become an official couple.
Kokuhaku is the process of confirming whether or not you are now officially a couple. In general, a man asks a woman, “I like you; would you be my girlfriend?” That is a Kokuhaku
I’ve heard that this culture exists not only in Japan, but also in Korea and Taiwan, but it seems to be limited to a few areas in the world.

I’m not a child. Why is this kind of confirmation necessary?

In western countries, yes and no are usually clear. However, in Japan, as with the Honne-Tatemae culture , there are not many people who clearly express their feelings and intentions. The theory is when someone wants to get into a relationship, they need to express their feeling clearly.

Even the day after you meet someone, you can become a couple if a Kokuhaku is made. It is considered cheating if you date another person after you’ve become a couple. Even if you met your girlfriend for the first time yesterday.
Some people become a couple and a start dating to get to know each other even though they just met each other.

There is no dating period in Japan

In Japan, there is no such thing as a “dating period” as there is in other countries. 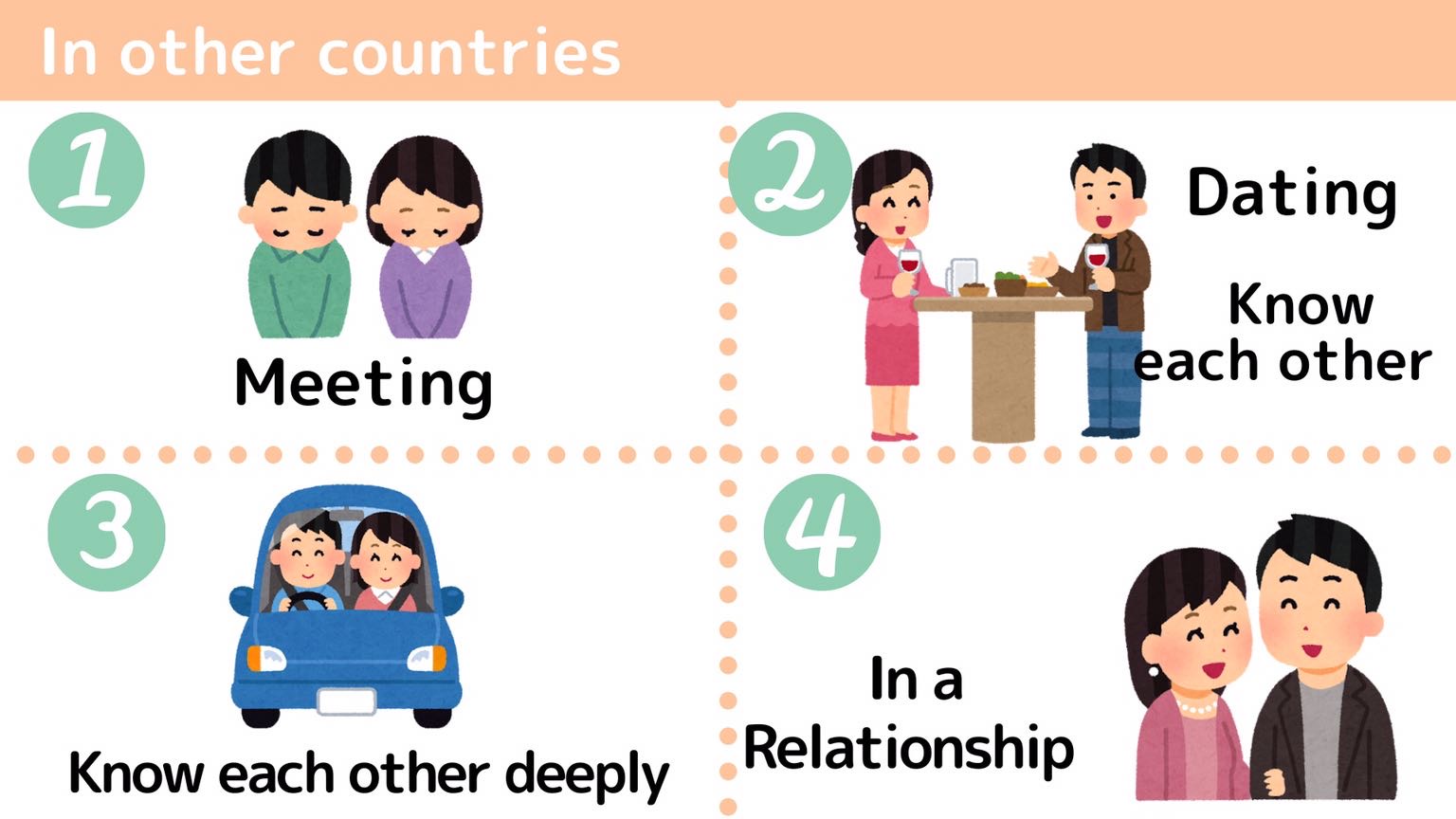 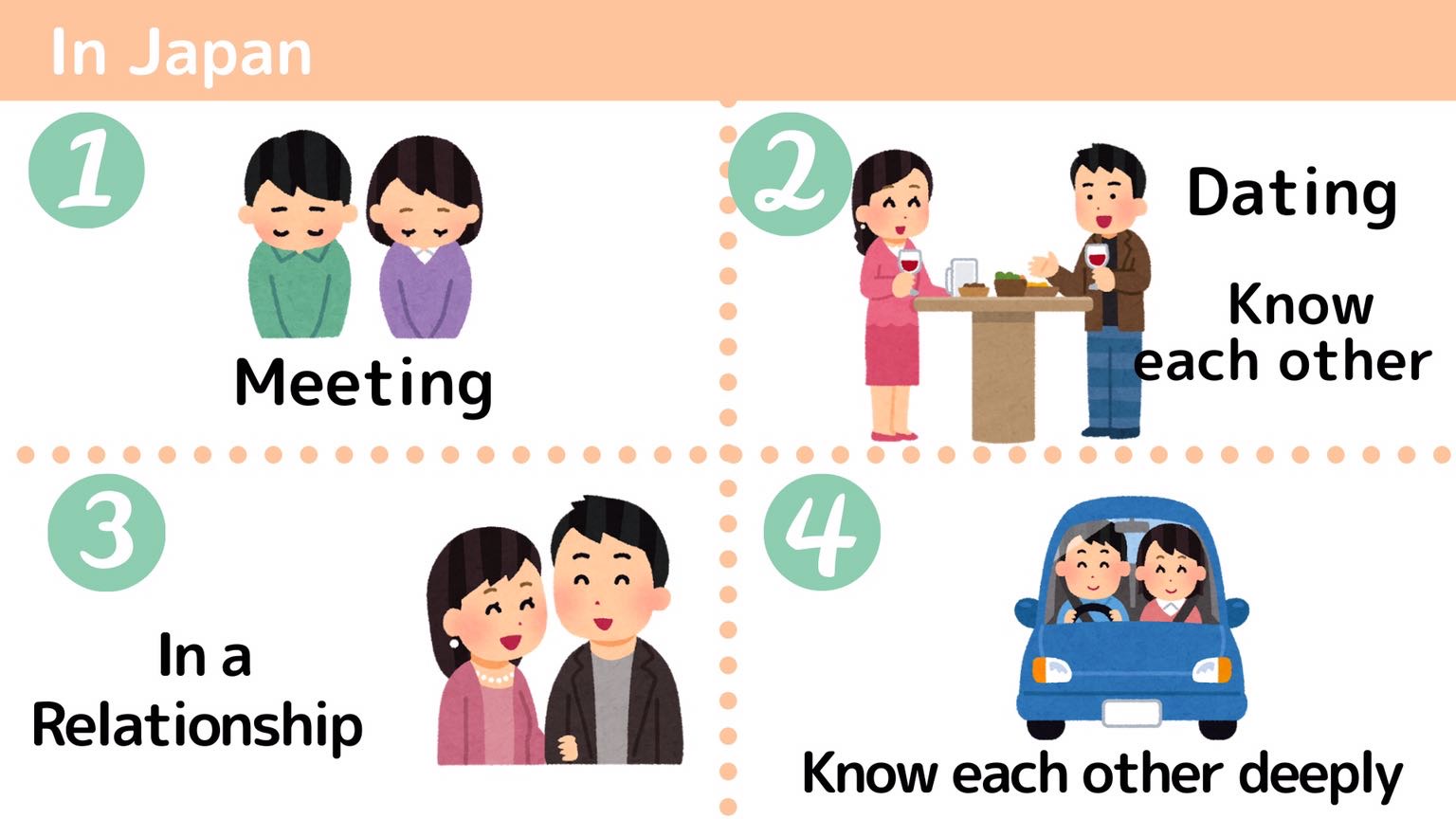 Some couples break up after a few weeks or months of going out, only to find that they just don’t get along with each other.
In other countries, the hurdle to “becoming a couple” is higher, whereas in Japan it is lower.

How to Become a Couple in Japan

Most of the time, people do Kokuhaku on the third date.
(Example)
You meet someone on the internet, at a party, through a friend or so.

(Period of getting to know each other)
Spend a few hours together over a meal or at a cafe and get to know the person. This is where you may meet for the first time.

If both people are happy with each other, after the two dates, they move on to the third date. The third date usually has a confirmation of their intention to become boyfriend/girlfriend.
The man tells her “I like you. Would you be my girlfriend?”
If the woman says “yes”, they become a couple form that point on.
Some couples go on a fourth or fifth date if they can’t make up their mind or want to get to know each other better.
Also, a woman may ask the man to wait for a response because she wants to think about it.

In many cases, they confess on the third date. This is why they get somewhat fidgety on the third date.
By the way, there are cases where a woman does Kokuhaku to a man, but the older a man gets, the more common it is for him to do so.

Example of dates before Kokuhaku

I will introduce my friends’ example of dates and Kokuhaku.

Meet at a dating party and exchange the number

They ate at an Izakaya restaurant. Talked about work and what they liked to do.
It took about 2 hours.

It was fall, so they went a little farther out to see the fall colors. They had a driving date. They met in the afternoon and had dinner together and then went home.
It took about 7 hours

Dinner date again. When they were taking a walk after dinner, the man did Kokuhaku to her and they became a couple.

Knew each other on the app and exchange the number

Dinner date at the Italian restaurant for two hours.

Dinner date again, then move to a bar for 4 hours.

They had a drive date
From Lunch time to late night. At the end of the date, the man did Kokuhaku to her and become a couple.
It took about 10 hours.

After in a relationship

In the Western countries, you are always considered a set-up after you become a couple.
You take your partner to weddings and parties, and he or she also attends family events.
In Japan, on the other hand, couples basically go their separate ways.
It is not uncommon that the family members do not know that their son/daughter has a boyfriend or girlfriend. They don’t take their partner to gatherings with friends either. It is more common for couples who have been together for a long time or are just getting married to introduce their partner to their community.
Even when attending a friend’s wedding, if it is a mutual friend, they will attend together, otherwise no. The concept of +1 does not exist in Japan.

I hope this has helped you understand the Japanese romance culture.
In Japan, people don’t think of a couple as a set. For this reason, the hurdles to “becoming a couple” are low, and many people become a couple even before they get to know each other well.
However, being in Japan doesn’t mean that you have to do the same things. If you want to take the time to get to know each other, that’s fine. However, Japanese people don’t understand foreign dating culture and don’t know when they became a couple. Also, I have heard stories of Japanese girls who thought they were dating with a foreign guy, but found out he was on a date with someone else.
If you want to be a serious with the Japanese person you are dating, try to respect the cultural differences and try not to make them feel uneasy.
I hope this article will help you with that.